Thalassemia patients in Jordan given hope of full recovery

The medical day was organised by Jordan Thalassemia and Hemophilia Society. 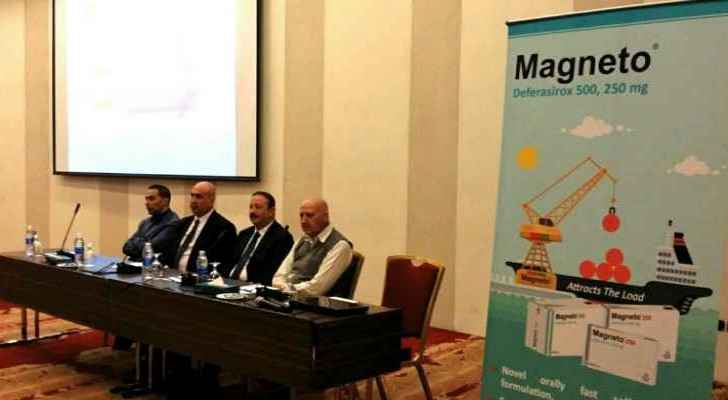 Hematologists gave Thalassemia patients hope of full recovery due to a promising treatment that is likely to be available in the upcoming years. The words of encouragement came during a medical day organised by Jordan’s Thalassemia and Hemophilia Society in cooperation with the Jordanian-Swedish Pharmaceutical Company (JOSWE) on Saturday.

The society president explained that the method has been successful in the US, France and Southeast Asia, and involves the genetic modification of the patient’s own bone marrow. This will eliminate the possibility of rejection, which is often the case with donor bone marrow. The treatment is in the final stages of registration in the US FDA (Food and Drug Administration) and it is likely it would be very expensive when it is first launched, the president added.

The event took place in the Landmark Hotel in Amman under the patronage of the Minister of Health, Mahmoud Al Sheyab, four days after World Thalassemia Day.

During the conference speakers asserted Jordan was among the nations that took special care in preventative measures in the form of premarital screenings. These screenings helped prevent the marriage of carriers of the illness which were around 3.5 percent of the population. It was made clear that this measure had decreased the incidence of the disease by 40 percent and that medical professionals hoped the the rate to be halved, similar to other mediterranean countries.

During the presentation it was stated that 750 of the 1200 thalassemia patients in the kingdom were treated by Al Bashir Hospital, requiring 26,000 units of blood annually. The ministry maintained that the cost of of treating Jordanians of thalassemia is borne by the government and aims to alleviate their hardship.

Finally, throughout the day a number of M.Ds. talked about various topics such as prevention, the situation of patients across the kingdom and the complications that arise from thalassemia.

China grants emergency approval for its ....

Lebanese family thanks King for funding treatment of ....