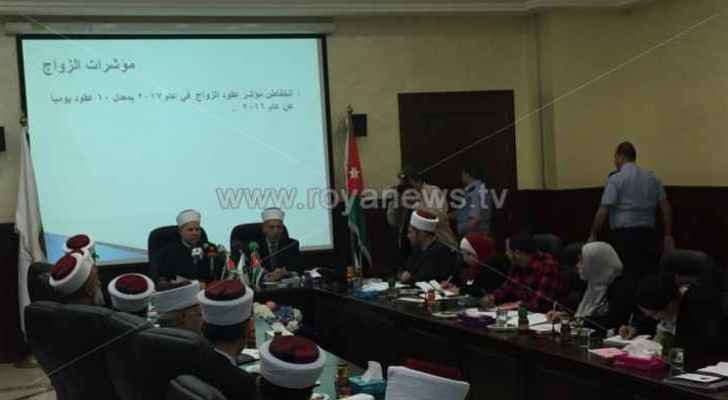 Almost seven percent of the 77,700 marriage contracts signed in 2017 resulted in divorce within the same year, Jordan’s Chief Islamic Justice Abdul Karim Khasawneh announced in a press conference on Wednesday. According to the justice, this shows a one percent decrease from the previous year.

The total number of divorces during the same year was 25,942, meaning that roughly a third of all marriages end in divorce.

The crude divorce rate in Jordan, which is defined by the number of divorces per 1,000 citizens, is 2.5, which is reduced to 1.5 when marriages that were not consummated are removed; the rate is highest in Madaba with 2.9 and lowest in Karak.

There are 71 courts in Jordan and two in Jerusalem, which employ 257 judges and 1097 staff members. Additionally, there were 167 employees distributed among the 15 Mediation and Family Reconciliation Offices across the kingdom; four more are under construction.