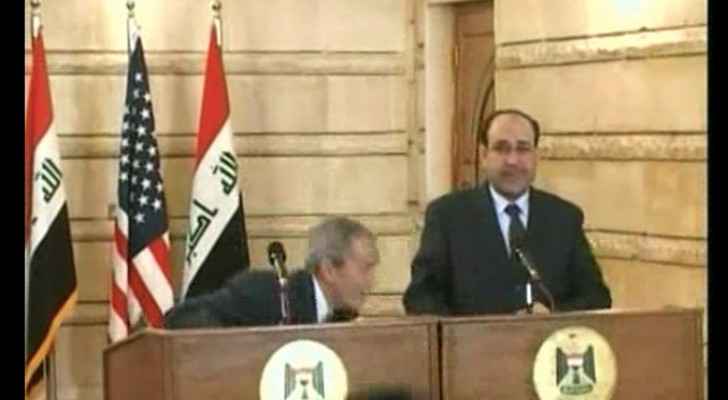 One of the most memorable moments from George W. Bush’s presidency is that time he narrowly missed being hit in the face by a pair of shoes, which were thrown at him by an Iraqi journalist during a press conference in 2008.

That same journalist is now pursuing a career in politics.

Muntadhar Al-Zaidi is running for Parliament in Iraq, and could well come out victorious at the 12 May elections, if we were to take social media users’ positive reactions into consideration.

Where can I apply to get Iraqi citizenship to vote for him?

“Where can I apply to get Iraqi citizenship to vote for him?”

he has my vote

I hope he gets elected.

“I hope he gets elected.”

At the time of the incident, Al-Zaidi was working as a correspondent for Cairo-based Al-Baghdadiya TV.

The 39-year-old journalist was consequently imprisoned for nine months. After leaving prison, he explained his motives behind the what has come to be known as the "George W. Bush Shoeing Incident of 2008."