Rain on Wednesday and scattered clouds on Thursday in Jordan. (ArabiaWeather) 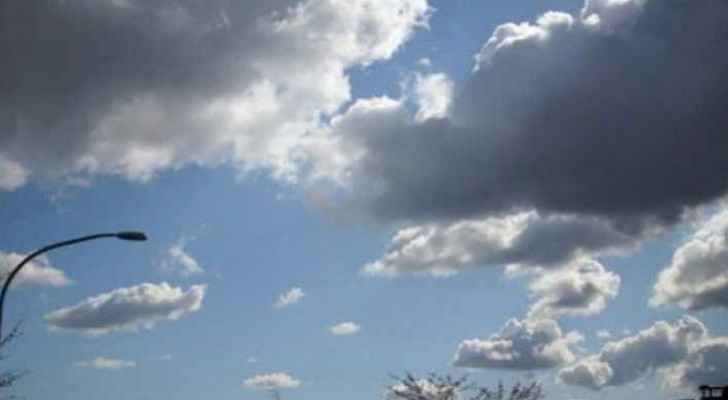 Another wave of unstable weather including thundershowers will come across the kingdom on Wednesday afternoon and persist until the evening. Visibility will be decreased due to the presence of dust delivered by south-easterly winds, according to Arabia Weather.

No rain is expected on Thursday but temperatures will be one degree warmer and skies cloudy.

Despite the rain, temperatures will be higher than their annual average by 5-7 degrees across the kingdom, reaching 27 °C in Amman and 28 °C in Madaba during the day, and 17 °C during the night on Wednesday.

In the north weather will be even warmer during the day with 28 °C in Mafraq and 30 °C in Irbid and Jerash. During the night temperatures will hover around 16°C and skies will be mostly clear.

Aqaba will not be recieve any rainfall and weather will be hot; on Wednesday temperatures will reach 35 °C followed by 36 °C on Thursday. Temperatures will remain high during the night, with 24 °C and 29 °C respectively.

JMD warns of thunder, lightning and ....