On Labour Day: Protests outside the Social Security Corporation 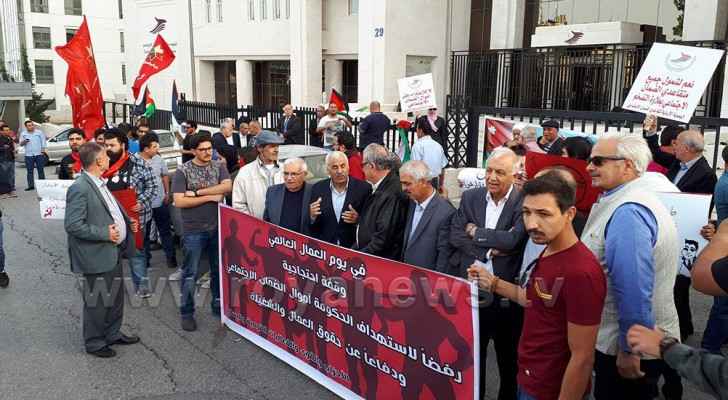 Scores of protesters stood in front of the headquarters of the Social Security Corporation in Amman on Labour Day in defence of labour rights.

The protest, organized by leftist parties and the Jordan Independent Trade Union Federation, rejected what they called “the government’s targeting of social security funds.”

Protesters had a number of demands including the cancellation of farmers debts and offering a pay raise for inflation to all social security pensioners.

The organizers criticised government fiscal policies and asserted in a statement that such policies would disproportionately and negatively impact low income and working class families.

The banner reads “On international Labour Day, we stand in protest, rejecting the government’s targeting of social security funds, in defence of workers rights.” Court of Cassation sentences six defendants to death by ....