US Secretary of State Mike Pompeo to visit Jordan

Mike Pompeo has been recently appointed as Secretary of State. (BusinessInsider) 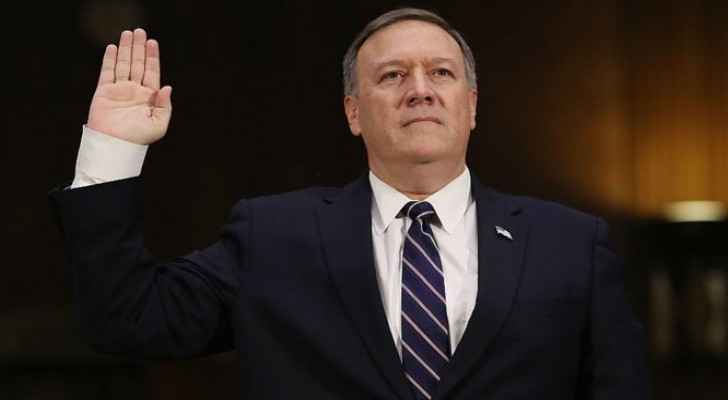 The newly-appointed US Secretary of State, Mike Pompeo, is set to visit Amman in the period between 28-30 April, according to Heather Nauert, the spokesperson for the US Department of State.

In a statement released by Nauert, she said that Pompeo will travel to Amman as part of a trip in which he will visit Brussels, Riyadh and Jerusalem.

The official’s trip began in Brussels on 26 April, where he met with NATO’s Secretary General and is set to attend a NATO meeting for Foreign Ministers today, to prepare for July’s NATO Summit which will be attended by Heads of State and Heads of Government of NATO member countries.

Pompeo will travel to the Middle East after his Brussels visit is completed, where he is scheduled to meet with Saudi, Israeli, and Jordanian leaders to discuss critical regional and bilateral issues, according to the statement.

Mike Pompeo, who served as the Director of the CIA, has been recently appointed by President Donald Trump as Secretary of State. He replaced Rex Tillerson, who was ousted in March 2018.