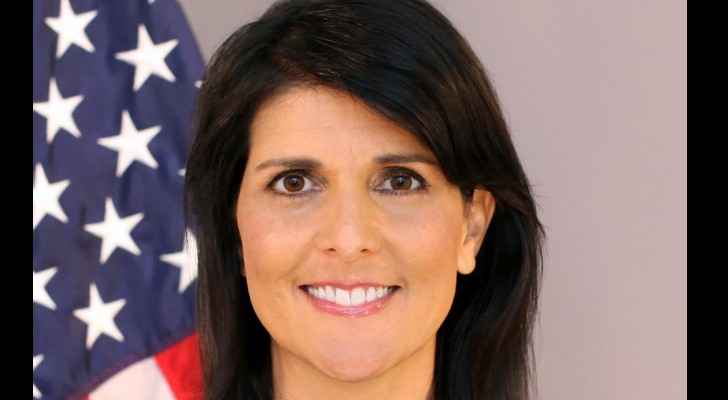 The US Ambassador to the United Nations, Nikki Haley, has accused Hamas of using children as “human shields,” after dozens of Palestinians were killed by Israeli forces near the Gaza border in the past three weeks.

Haley said during a meeting at the UN Security Council that “Anyone who truly cares about children in Gaza should insist that Hamas immediately stop using children as cannon fodder in its conflict with Israel."

“This is an issue that transcends the usual debates in this chamber. It is quite simply an issue of decency. Humanity itself loses when the barbaric practice of human shields is tolerated and unanswered.”

At least 40 Palestinians, including two journalists, were killed since the beginning of the Great Return March demonstrations, which started on March 30.

While Hamas has said that Israeli forces have killed innocent civilians, Israel claims that the people they killed were mostly "Hamas terrorists," according to The Jerusalem Post.

Meanwhile, the PLO’s Ambassador to the UN, Riyad Mansour, said that “such willful targeting of civilians is terrorism.”
The demonstrators called for Palestinians' right of return to their villages, from which they were expelled from during the 1948 war. They also called for lifting the decade-long Israeli siege on the coastal enclave.

The United Nations has called for an independent investigation into the escalation in Gaza.