China to build a 'palace' on the moon 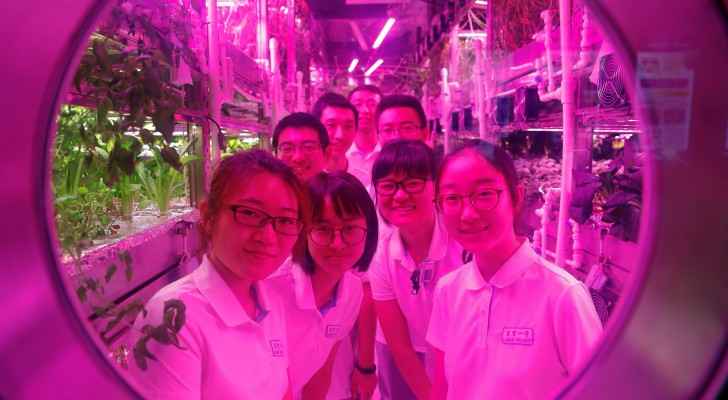 China is on a mission to build a “Lunar Palace.”

The manned moon base will act as a launchpad for missions to Mars and will also explore lunar resources.

Partly powered by the sun, the “scientific research” base will have "multiple tube cabins that interconnect and provide oxygen to people inside," according to a video posted by the China National Space Administration.

"We believe that the Chinese nation's dream of residing in a 'lunar palace' will soon become a reality," the Chinese space agency said in the video. In 2013, China became the third country to make a soft landing on the moon with its robotic lander Chang’e 3, however, this ambitious space mission might kick off with non-human colonizers at first.

According to the China Daily, China is “conducting a feasibility study for a robotic outpost on the lunar surface to conduct scientific research and technological experiments,” in which arabidopsis - a flowering plant belonging to the mustard family - and potato seeds will be planted, and silkworm cocoons will be grown on the moon.

Scientists are already training for their moon mission at a prototype for the lunar palace here on earth; the facility is called Yuegong-1 project, based in Beijing. Via The Japan Times

According to Quartz.com, student researchers are living in a moon-like environment and “subsisting on mealworms and crops they cultivate using fertilizer made from their own waste.”

As for the palace itself, it is not yet known when it will be built, but it could happen by 2030, according to Wu Weiren, the chief designer of China’s moon-exploration project, who also told state broadcaster CCTV in March that the project would be based on the moon’s south pole, “which might have water and enough sunlight.”