The National Assembly voted on the new immigration law on Sunday. (Sky News) 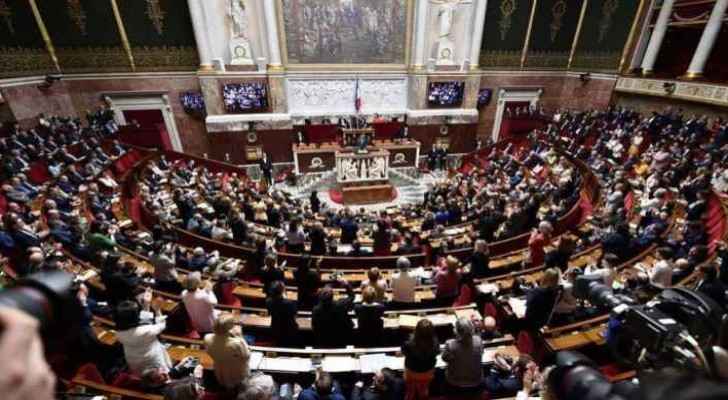 The amendments stipulate that undocumented migrants will have 90 days to apply for asylum instead of 120 days and that they can be detained for 90 days, which is double the previous period.

The law will also fine illegal border crossers and punish them with one year in jail. Additionally, if migrants are rejected asylum, the deadline to file an appeal is decreased by half to reach 15 days.

Despite criticism from human rights organizations calling the bill repressive and opposition within Emmanuel Macron’s centrist party LREM, the bill passed with more than 58 percent of the assembly voting in favor.

The vote needed an absolute majority of 184 votes and received 228 despite 14 LREM members abstaining from the vote.

One member of the LREM even voted against the bill. Michel Clément announced he was leaving the parliamentary group and released a statement saying "I am not sure we're sending to world citizens the universal message that has always been ours."

In order for the bill to be adopted, the upper house of the French Parliament will need pass it with absolute majority in June.

Trump to temporarily halt immigration into US due to ....

Trump to temporarily halt immigration into US ....

Trump to temporarily halt immigration into US ....