The Palestinian scholar Fadi Batsh was killed on Saturday. (AlWatanVoice) 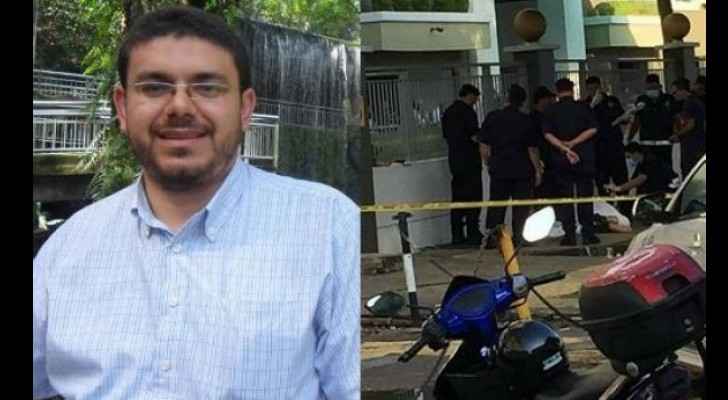 Liberman said: "The man [Fadi] was no saint and he didn't deal with improving infrastructure in Gaza - he was involved in improving rockets' accuracy… We constantly see a settling of accounts between various factions in the terrorist organisations and I suppose that is what happened in this case."

Fadi al-Batsh, 35, was killed on Saturday morning while heading to a mosque near his home in the Malaysian capital, Kuala Lumpur to perform dawn prayers. According to the police, two people riding a motorcycle fired 14 bullets toward Batsh killing him on the spot, AFP reported.

Zahid said that Batsh, who is an expert in electrical engineering and rocket-building, was active in pro-Palestinian non-governmental organisations, adding that he could have been seen as "a liability for a country that is an enemy of Palestine”.

According to B’Tselem statistics, from the beginning of the second intifada in 2000 until the end of 2010, Israel had targeted and killed 239 Palestinians.

Here are the names of a number of prominent Palestinian figures killed by Israel:

1972- Ghassan Kanafani: Palestinian journalist, writer and leading member of the Popular Front for the Liberation of Palestine (PFLP), killed by a car bomb in Lebanon.

1972- Mahmoud Hamshari: Representative of the Palestine Liberation Organization (PLO), killed by a bomb concealed in his telephone in France.

1973- Basil Al-Kubaissi: PFLP member and professor of International Law at the American University of Beirut, killed on the street by Mossad agents in France.

1988- Khalil Ibrahim al-Wazir, known as Abu Jihad: Second-in-command to Yasser Arafat, shot dead in front of his family by Israeli commandos under the direction of Ehud Barak and Moshe Ya'alon in Tunisia.

1996- Yahya Ayyash: Engineer and Hamas member, had his head blown off by a cell phone bomb while receiving a call from his father at Osama Hamdan's apartment. Hamdan’s father was known for collaborating with Israel.

2004- Ahmed Yassin: Co-founder and leader of Hamas, killed alongside his two bodyguards and seven bystanders while leaving a mosque at dawn in Gaza.

2004- Adnan Al Ghoul: Rocket expert and second-in-command of Hamas, killed with his aide Imad Abbas; their car was destroyed by a missile launched by a helicopter in Gaza.

2016- Mohammed Al Zawari: Aviation expert and chief of Hamas’s drone program, shot in the head six times by guns equipped with silencers in front of his house in Tunisia.