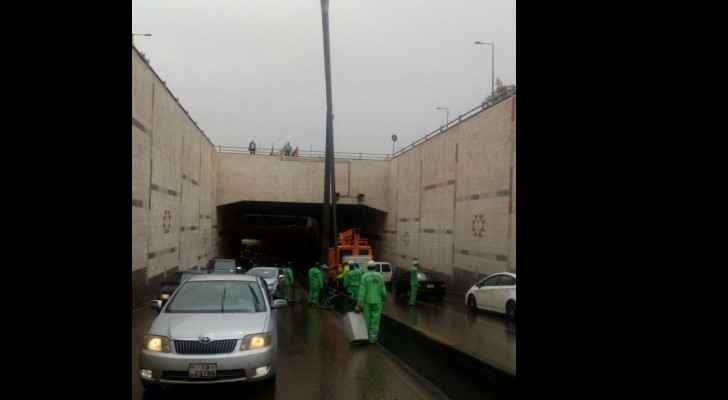 The weather has disappointed us once again this week with the arrival of rain, dust and strong winds.

But it is the strong winds that drivers should be wary of, as they could have been the reason behind the instability of an electricity pole in the Fourth Circle Tunnel on Saturday.

The Central Traffic Department has partially closed the Tunnel and diverted all traffic until one of its teams has stabilized the pole and ensured the safety of drivers, a security source has said.

Unsurprisingly, the Tunnel and the roads surrounding it are heavily jammed, and will most likely remain so until the team’s job is done.

One driver has even claimed that the traffic was so bad because of the closure, that it had caused a traffic jam all the way to Taj Mall in Abdoun.

More often than not the Fourth Circle area is congested and drivers spend long, noise-polluted minutes waiting for the slow traffic to move, which can be unpredictable at different times of the day and week.

Traffic hinders citizen access to markets which are vital ....