Another bank robbed in Amman?

An image from the bank robbery that took place in Sweileh on Wednesday. (Roya) 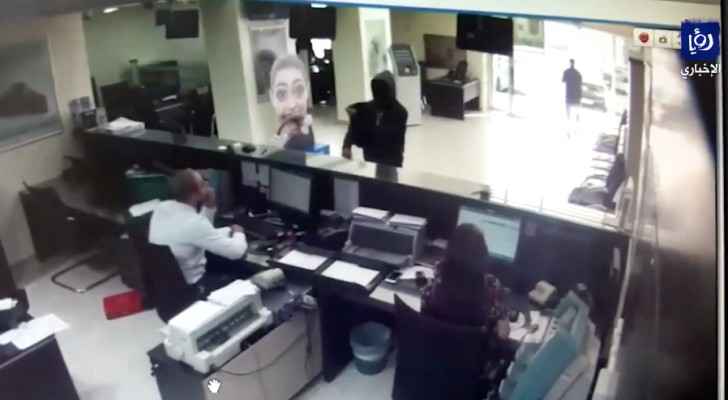 Rumor had it on social media that a bank had been robbed at gunpoint in Gardens Street, Amman, on Thursday morning. However, a security source has confirmed to Roya that the rumor is untrue.

Had a bank really been robbed today, it would have marked the seventh bank robbery to take place in Jordan since the beginning of 2018.

Social media users have been quite vocal about their feelings towards the robberies.

Many Jordanians were sympathetic towards the robbers, whom they said committed their crimes because of poverty, corruption and failed government policies.

However, Minister of State for Media Affairs, Mohammad Momani, said that those who sympathize with bank robbers on social media will not be doing themselves, society or country any favours.