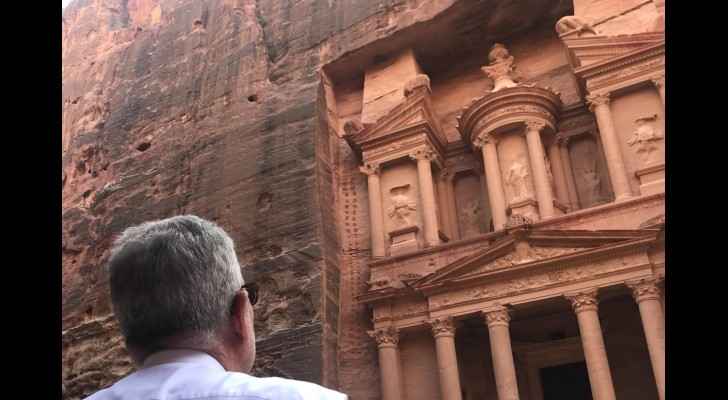 During the tour of the archaeological and historical sites of the ancient rose city, Van der Bellen explored the narrow passage (Siq), the Al-Khazneh (The Treasury), the Court and the Byzantine Church, state-run Petra news agency reported.

The president used his official Twitter account to express his fascination with one of the Seven Wonders, saying: “As part of the official visit to Jordan, we also have the opportunity to visit this special place: The Rock City of Petra. Impressive and imposing!”.

Earlier on Wednesday, King Abdullah II and Queen Rania Al Abdullah received the Austrian president and the First Lady in a ceremonial reception that was followed by a one-on-one meeting where the heads of states discussed bilateral relations, economic cooperation and the trade exchange in areas of education, agriculture and tourism.