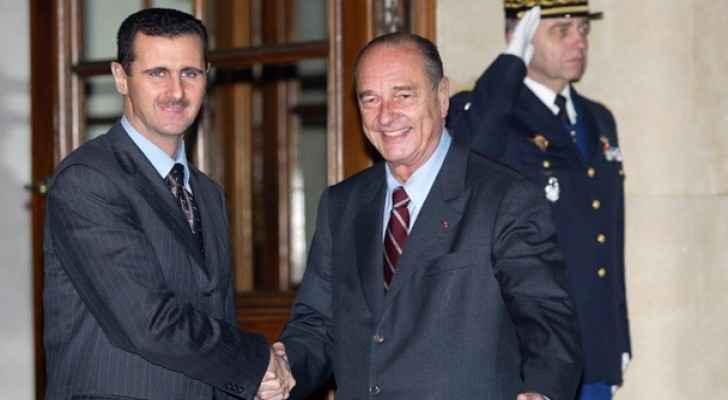 The news comes after France participated in the US-led strike on Syria earlier on Saturday in response to a suspected chemical attack launched by the Syrian regime’s forces on the rebel-held Damascus suburb of Douma.

Assad was made a knight of the Legion d’Honneur in 2001 shortly after becoming president by former French President Jacques Chirac.

The “Legion d’Honneur” is the highest order France awards for military and civil merits. It has been bestowed by all the French governments since its establishment in 1802 by Napoléon Bonaparte.

The process through which the honour is awarded will be under revision, according to Emmanuel Macron’s office.

Assad is not the only honoree to lose the award. In 2017, Macron announced in a televised interview on TF1 that Hollywood director and producer Harvey Weinstein would also be stripped of the award after a series of accusations of sexual harassment and rape.