The draft proposal will be submitted to the Cabinet for approval. (File photo) 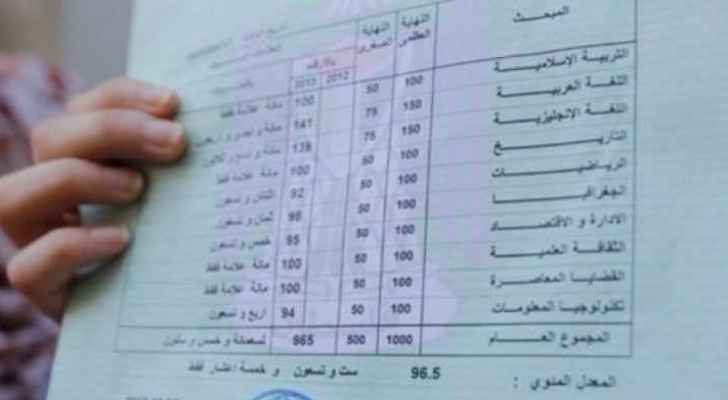 The Legislation and Opinion Bureau issued a draft proposal amending the regulations for the equivalency to the Jordanian secondary education certificate, or Tawjihi, that Jordanians need in order to be accepted in local universities if they have studied abroad or in international schools locally.

Furthermore, Article eight is completely refurbished to now apply to students who have studied in Arab schools in countries other than their country of origin, for example, Lebanese schools in France; requiring that the schools are certified in the countries they operate, (in this example by France).

Students will need to have lived at least a year in the country which issues their secondary education certificate under the new regulations.

Until now, students were required to fill a form at the Ministry of Education, provide their school grades for the last three years of their secondary education and any other documents that were deemed necessary by the ministry on a case by case basis.

If the new regulations are adopted, students will be required to take exams administered by the Ministry of Education to measure their knowledge. The average would serve as the admission grade to both public and private Jordanian universities.

The bureau released the draft regulations on their website on Thursday, April 12, where citizens can also submit any feedback on the amendments. After the revision process, the draft will be sent to the Cabinet for approval.

US Embassy in Jordan: Attention Jordan – the U.S. military ....

US Embassy in Jordan: Attention Jordan – the ....

US Embassy in Jordan: Attention Jordan – the ....

US Embassy in Jordan: Attention Jordan ....