The Syrian conflict killed more than 400,000 people and displaced millions. 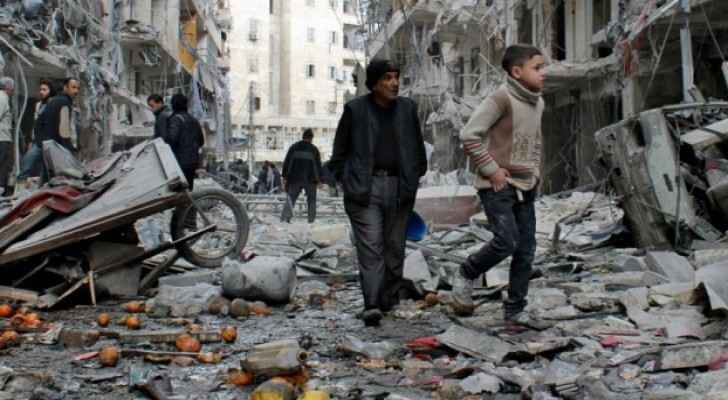 Syrian President Bashar Al-Assad said that Syria needs $400 billion to restore its economy and infrastructure, as a result of the ongoing deadly war, which, to this day, has left 400,000 Syrians dead and 10 million displaced.

Assad’s remarks were quoted by lawmaker Dmitry Sablin, head of the Russian delegation to Damascus, who met with Assad in the Syrian capital on Sunday, according to the Russian news agency, TASS.

"An important issue is the restoration of infrastructure. That will cost no less than $400 bln and will take from 10 to 15 years," Sablin quoted Assad as saying.

"We are not waiting for Western companies here, especially in the oil and gas sphere. I spoke about that with [Russian] President [Vladimir] Putin in Sochi. We want Russian companies to work here, and we expect their fast market entry.”

Sablin said: "We [Russian delegation and Assad] spoke about the possibility of establishing cooperation between various regions of Russia, in particular, between the Moscow Region and Damascus Governorate, Tartus and Sevastopol. Assad said it was important to take into account the regions’ special aspects and supported this format of cooperation.”

The Syrian conflict broke out with peaceful protests against strongman President Bashar Al-Assad and his regime in 2011, but his crackdown paved the way for a fully-fledged war. Several International organizations have accused Assad’s government of severe human rights violations, and of many massacres.