Trump is 'morally unfit' to be president: Ex-FBI Chief 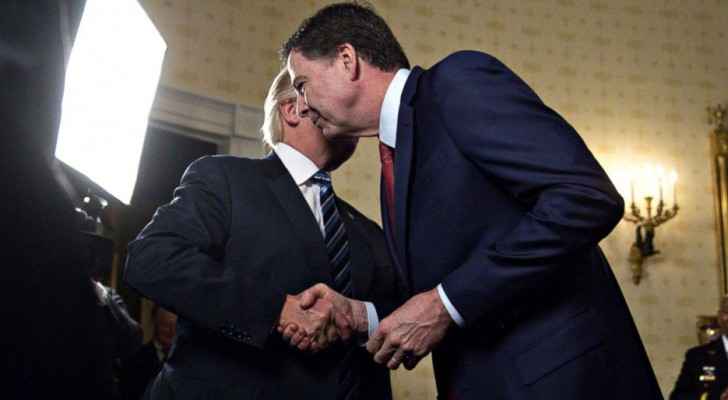 Former FBI Director James Comey has accused US President Donald Trump of being “morally unfit” for presidency in his first interview since being fired in 2017.

The interview came ahead of the release of Comey’s new book, titled “A Higher Loyalty: Truth, Lies, and Leadership,” on Tuesday. Comey started writing his autobiography after being fired in May 2017.

Speaking to “20/20” on ABC TV, Comey stressed that the US President must embody respect and adhere to the values that are the core of this country, which, he said, Trump is lacking in.

“A person who sees moral equivalence in Charlottesville, who talks about and treats women like they're pieces of meat, who lies constantly about matters big and small and insists the American people believe it, that person's not fit to be president of the United States, on moral grounds.”

Trump’s tempest against the ex-Chief came ahead of Comey’s interview.

In the span of two hours, Trump posted six tweets attacking comey and his new book, where Trump is described as a Mafia boss who demanded his "loyalty" during a one-on-one dinner.

"Slippery James Comey, a man who always ends up badly and out of whack (he is not smart!), will go down as the WORST FBI Director in history, by far!," one of Trump’s tweets read.

Slippery James Comey, a man who always ends up badly and out of whack (he is not smart!), will go down as the WORST FBI Director in history, by far!

I never asked Comey for Personal Loyalty. I hardly even knew this guy. Just another of his many lies. His “memos” are self serving and FAKE!

Unbelievably, James Comey states that Polls, where Crooked Hillary was leading, were a factor in the handling (stupidly) of the Clinton Email probe. In other words, he was making decisions based on the fact that he thought she was going to win, and he wanted a job. Slimeball!