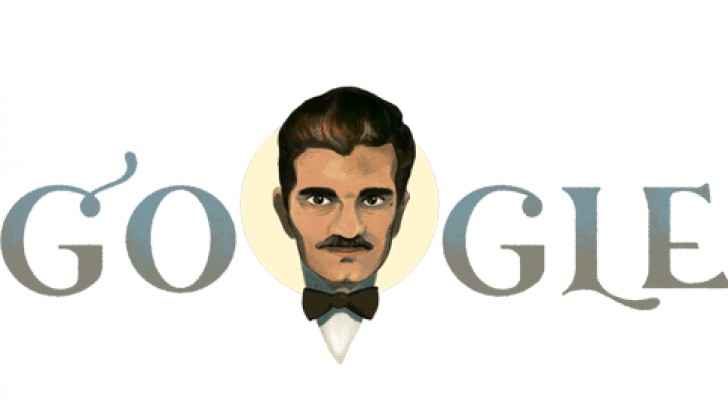 Today, 10 April, marks legendary actor Omar Sharif’s birthday. Google is celebrating what would have been his 86th year on earth with one of their famous Doodles.

The Egyptian actor - who is of Lebanese and Syrian descent - was well-known in the Arab world and Hollywood. Some of his most notable performances were in Lawrence of Arabia, Doctor Zhivago and Ayyamna al-Holwa.

Omar’s handsome face, charming smile and suave personality made him popular with the ladies. Born Michel Demetri Chalhoub, the hopeless romantic converted to Islam for love, more specifically, to be with iconic Egyptian actress Faten Hamama.

While Omar always said that he never loved any woman except for Faten, whom he was married to from 1955–1974, there were a few other women lucky enough to be in the charmer’s life. The two met when Omar was visiting Paris with his mother. Although he fell in love with Jan, they never got to be together because of his father, who wouldn’t let his Catholic son marry a Protestant. Soheir and Omar never married, but they were engaged for a few months after she quit acting and took off her hijab. However, some still believe that the couple were married in secret for a few months.

Hollywood starlet Streisand dated Omar for four months, after they starred in several movies together.

“I will never forget how she stood with me when there were objections to me starring in the film because I was an Egyptian and Egypt was at war with Israel,” Sharif said.

“Though she was not good looking, she had an attractive personality,” said Sharif. “We had a secret love story for just four months.” Omar said that he fell in love with Anouk while filming “The Appointment.”

While Omar wanted to marry the French actress, he never made the move.

“She was beautiful but peculiar, and she knows how to please a man,” said Sharif. "I wanted to marry her, but I preferred my independence."

Sharif was not just a very talented actor, he was also very cultured and spoke fluent English, Arabic, French, Italian, Spanish and Greek.

He was sadly diagnosed with Alzheimer’s disease in 2012. Three years later, he died of a heart attack on 10 July, 2015, in a Cairo hospital.