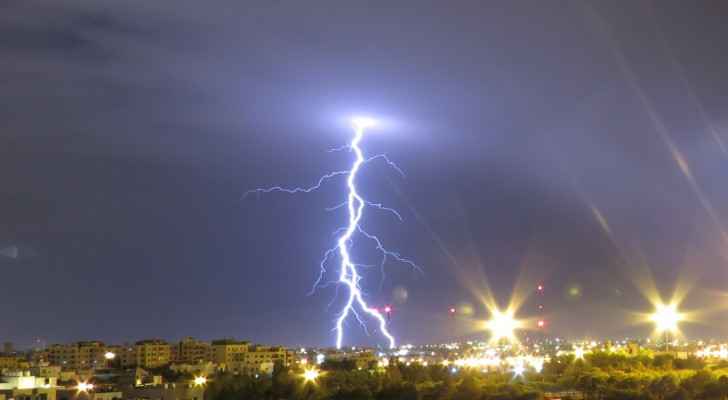 Temperatures in the kingdom are expected to drop starting Monday, where they will draw near the annual average of 16°C, according to the Jordan Meteorological Department.

The weather will remain pleasant in hilly areas, and will be warm in the Badia regions, the Jordan Valley and Aqaba.

In Amman, temperatures on Monday will reach highs of 20°C, before dropping down to 8-9°C at night.

Meanwhile in Aqaba, temperatures will reach highs of 28°C during the day and lows of 16°C at night.

On Tuesday, the weather will feel relatively cooler in hilly areas, with a chance of rainfall in many parts of the Kingdom, accompanied with thunder and lighting.

On Wednesday, temperatures will slightly rise and rainfall is expected, especially in the northern and central parts of the country.