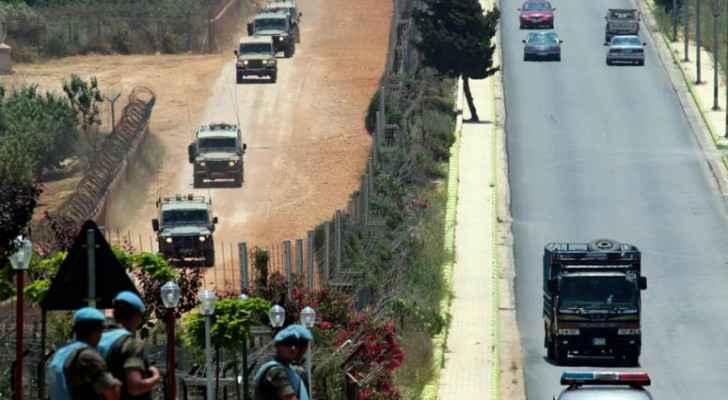 The Israeli government has begun the construction of a border wall with Lebanon on Sunday.

The wall is being built on the highway separating Israel from the villages of Kafr Kila and Adaisseh, under the supervision of the United Nations Interim Force in Lebanon (UNIFIL) and the Lebanese Army, Petra news agency reported, citing Lebanese security sources.

Meanwhile, Israeli drones were reportedly seen falling over the Lebanese northeastern mountains, shared between the Akkar District and Baalbek city, for the third consecutive day.

Additionally, the Lebanese Army Command said in a statement that a military boat belonging to the Israeli Army had violated the Lebanese territorial waters at a distance of around 230 meters. The Lebanese Army is investigating the incident with UNIFIL.

The border wall has raised tensions between Israel and Lebanon recently, as the latter accused Israel of risking the stability of the border region with their construction plans.

Lebanon has also accused Israel of building the wall on the Lebanese territory and passing it through the Blue Line demarcated by the UN, when Israel withdrew from southern Lebanon in 2000.

In February, the three Lebanese leaders President Michel Aoun, Prime Minister Saad al-Hariri, and Parliament Speaker Nabih Berri warned about the need to act “at various regional and international levels to prevent Israel from building the cement wall...and from the possibility of infringing on Lebanon’s oil and gas wealth and its (territorial) waters.”