Dip into labneh at this Jerash food festival

Labneh is best enjoyed with plenty of olive oil and a sweet sprinkle of dried thyme. (Sahhawhana.com) 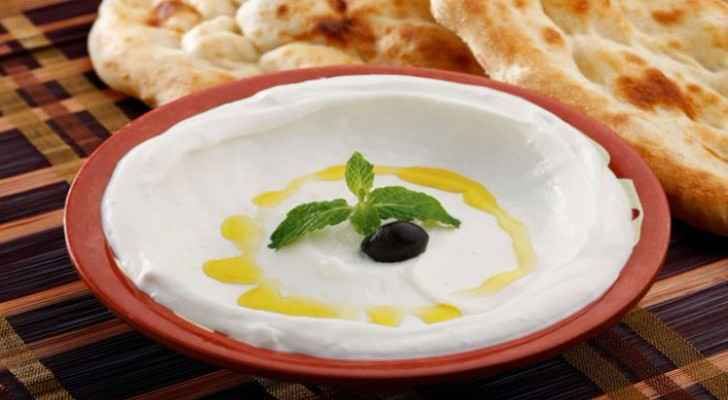 If you’re a fan of labneh, there’s a delicious treat in store for you.

For those who aren’t familiar with labneh, it is a traditional Middle Eastern dairy product similar in texture to soft spreadable cheese, and it is typically eaten by dipping bread in it at breakfast or dinner.

Jerashi labneh - hailing from Jerash - is mighty popular with Jordanians, and the northern city is celebrating the dairy delight at a food festival on 13 April.

Jerashi labneh is different to regular labneh because it is slightly more tangy in taste and thicker in texture.

While you can purchase both varieties from any supermarket across the Kingdom, you might like to try your hands at making your own labneh.

In the past, our Tetas (Grandmas) used to make their own labneh. It took them between a day to two days to make the delicious dip, but it was totally worth it.

Labneh is best enjoyed with plenty of olive oil and a sweet sprinkle of dried thyme (za'tar).

1. Pour the yogurt into a large bowl. Stir in salt.

2. Line another large bowl with a linen or muslin towel (or several layers of cheesecloth.) Pour the yogurt mixture into the towel. Pick up the edges of the towel and tie at the top. Hang from a kitchen sink faucet to drain for 24 to 48 hours. (Alternatively, set a large sieve, lined with linen towel over a deep bowl. Add the yogurt mixture. Cover gently with the overhang of the linen towel, or another linen towel. Set aside on the counter, or in the fridge, to drain for 24-48 hours).

You can keep labneh in the fridge for up to ten days.