The play field was specifically built for the match 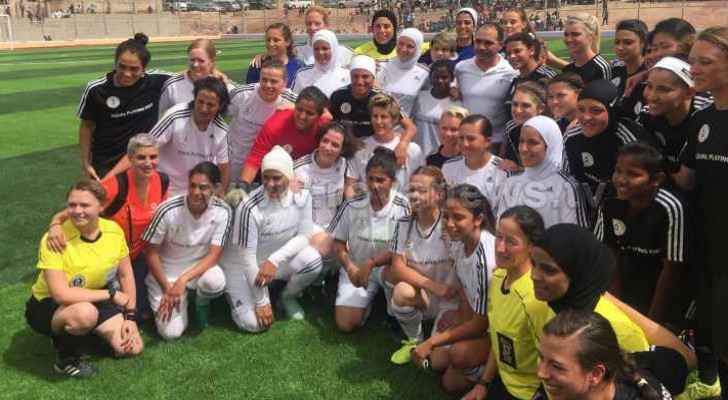 Representatives of the Asian Football Confederation (AFC) also attended the match as it is part of the promotion for the AFC Women’s Asian Cup (WAC) taking place in Amman on April 4-8, 2018.

“We also wanted to tell more about Jordan and invite one or two women from each country including players, coaches, referees and managers to do a 12-day tour around the Kingdom where they will play exhibition games,” Erin Blankenship, the co-founder of EPF told the Jordan Times earlier.

The EFP initiative aims is to challenge gender inequality in sports by featuring positive female role models, as well as encourage social acceptance of female athletes through football.

This isn’t the first record breaking match for the initiative, as in June of last year two women’s teams went head-to-head at the top of Kilimanjaro- the highest mountain in Africa.