Why are young Jordanians shying away from marriage?

Are you planning to take the plunge? (I.kinja-img.com) 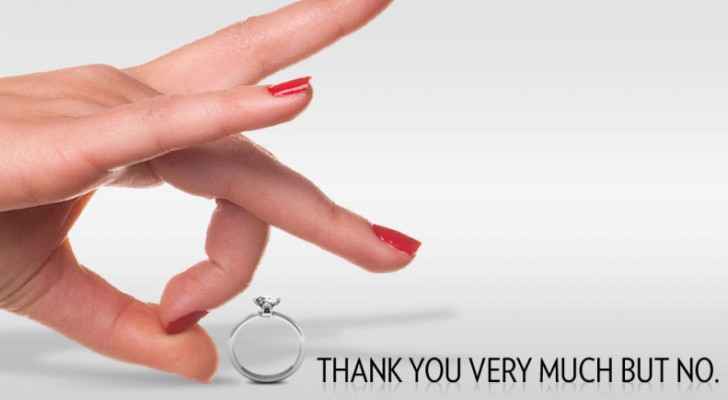 The number of Jordanians choosing to tie the knot has decreased in recent years. But with the country’s dire economic situation, this comes as no surprise.

That being said, the economy is just one reason behind the drop in marriage rates; many men and women are choosing their careers and independence over homelife and raising children.

We took a poll to find out what unmarried Jordanian men and women between the ages of 23 and 35 thought about marriage.

The majority of our respondents were in favour of the idea of marriage because they thought it would bring them stability and allow them to have children.

“The end goal of life is to have stability, and you gain that with marriage,” one of our male respondents explained.

The men and women who considered getting married were putting it off for the time being because of the financial strain it would place on them. They postponed marriage plans for the future when money was no longer a great obstacle.

“If I find a woman with a lot of money then I’ll marry her,” another male respondent said jokingly.

Even respondents who did not express a tendency to marry, associated their lack of desire with their concerns about bringing up children in Jordan. One female respondent went as far to say: “I wouldn’t want my children facing the same struggles that I have faced here. I would want them to be raised in a place where they can be free and think for themselves, away from our cultural barriers.”

Another respondent concurred: “Jordan isn’t a good place to have children.”

A few respondents said their freedom and lifestyle were their top priority.

Meanwhile, women showed caution when talking about marriage and said their decision would be influenced by whether their prospective spouse would support them to continue working and help with domestic responsibilities.

A respondent who was not afraid of commitment viewed marriage as a necessary step that had to be taken in order to spend a lifetime with their loved one. According to them, “[they] would only get married because that’s the only way to be with that person in Jordan, not because [they] necessarily believe in marriage.”

Another camp were the hopeless romantics who were not without representatives, where one claimed marriage was something to look forward to as it would help them “become a better person.”

A less dreamy respondent noted that marriage was not on the table for her, because she thought a man “won’t add anything to [her] life.”

Overall, the full range of opinions on the subject of marriage found their way in the sample. Whether they were strongly in favour of marriage, put it lower on their agenda or viewed it as unnecessary, all the respondents agreed marriage was costly business that required a lot of thought before taking the leap of faith.