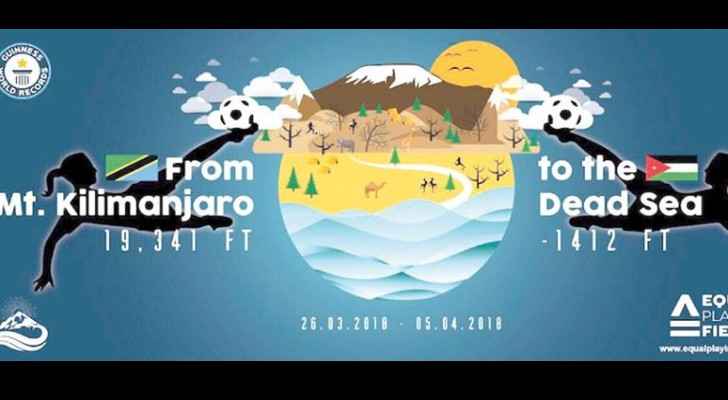 A historic women’s football match is scheduled to kick off at the Dead Sea, the lowest point on earth, under the patronage of HRH Prince Ali on Thursday, 5 April, 2018.

The match is organized and will be played by the Equal Playing Field (EPF) initiative, and it is set to break the Guinness World Record for a women’s football match played on the lowest point on earth - 400 meters below sea level to be precise.

One of the main goals of the match is to promote the upcoming AFC Women’s Asian Cup (WAC), which is scheduled to be held in Amman in the period between 4-8 April, 2018.

Erin Blankenship, the co-founder of EPF, told the Jordan Times that “we also wanted to tell more about Jordan and invite one or two women from each country including players, coaches, referees and managers to do a 12-day tour around the Kingdom where they will play exhibition games.”

“We will make our second world record for the year by organising games in the highest and lowest points on earth. HRH Prince Ali is planning to build a new field for the community, which will be available for everyone after the big launching game,” Blankenship said.