Police officers caught the offender as he was trying to flee Jordan. (Al Ghad) 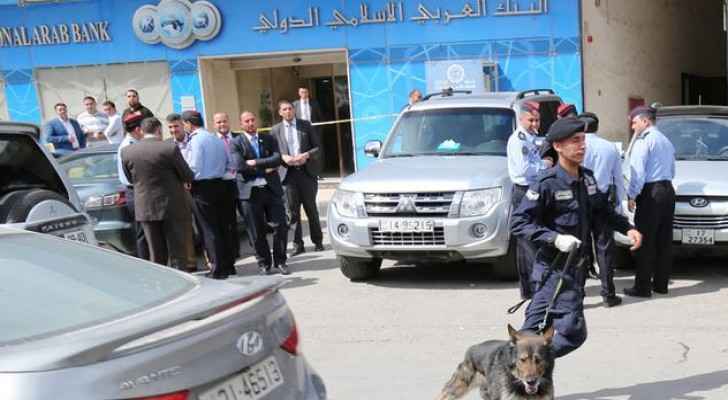 Police officers caught the armed robber who stole JD 60,000 from the Islamic International Arab Bank in Khalda on Sunday morning, as he was attempting to flee the country through Queen Alia International Airport in Amman.

Police officers recovered the stolen money in full and seized the weapon that was used during the robbery.

The offender had fled the scene this morning in a car with a covered license plate. He was wearing a helmet to hide his identity when he entered the bank.

Today’s incident follows a series of similar robberies that swept the country in the past few months.

Etihad Bank and Societe Generale Bank Jordan were robbed in January, before armed robberies followed in several post offices and pharmacies and some petrol stations across the country.