Second blue moon of the year to grace the skies

The lunar cycle takes around 29.5 days to complete 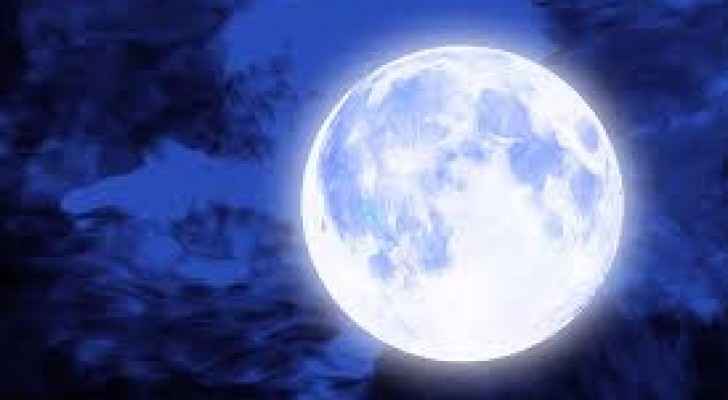 For a second time this year, you can look up at the night sky and see a blue moon on Saturday, March 31, 2018. Despite the cloudy weather forecast in Jordan, kingdom dwellers will be able to see the blue moon.

A blue moon is the name given to the second full moon in a calendar month. The term does not refer to an actual blue hue, but rather the rarity of the event, hence the “once in a blue moon” idiom.

The rare event usually occurs two or three years apart, always on the 30th or 31st of the month. As the lunar cycle takes around 29.5 days to complete February can never have a Blue moon.

Last blue moon, which took place on Jan. 31, was an extremely special event as it also coincided with a supermoon and a blood moon, which had last occurred in 1866.