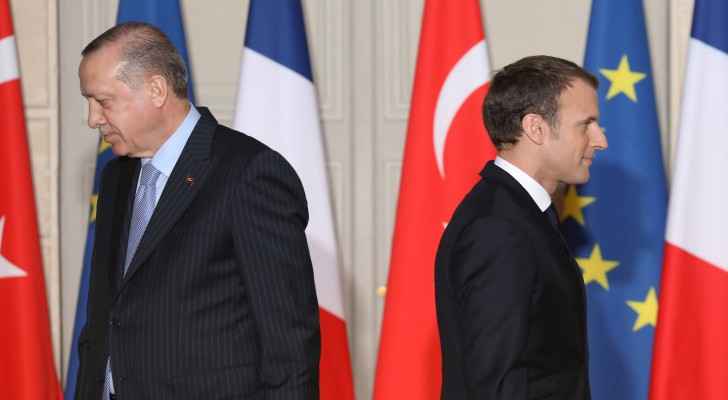 France has offered to mediate between Turkey and the Syrian Democratic Forces, ruled by the Kurds, during a meeting on Thursday between French President Emmanuel Macron and a delegation from Syria, which included the YPG militia, the Middle East Eye reported.

Khaled Eissa, a Kurdish official, said that Macron promised to send troops to Manbij, a city in the northeast of Aleppo with Kurdish residents, to hold back the Turkish forces from advancing into the town.

However, the French President’s office did not comment on that claim.

After an eight-week campaign launched by Turkey to evict Kurdish YPG militia, the last remaining areas in Afrin were seized by the Turks last week. Furthermore, they threatened to extend their operations to Manbij.

In January, the Turkish Foreign Minister, Mevlut Cavusoglu, said in an interview with France24 that the Turkish operation “Olive Branch” in Syria’s northern Afrin region targeted terrorist groups and not Kurds.

On Friday, Macron expressed his country’s criticism of Turkey’s operations in Syria during a phone call with the Turkish President Recep Tayyip Erdogan, and said that securing the Turkish borders does not justify the military operations in Afrin, however, Macron’s criticism was not welcomed by Erdogan.