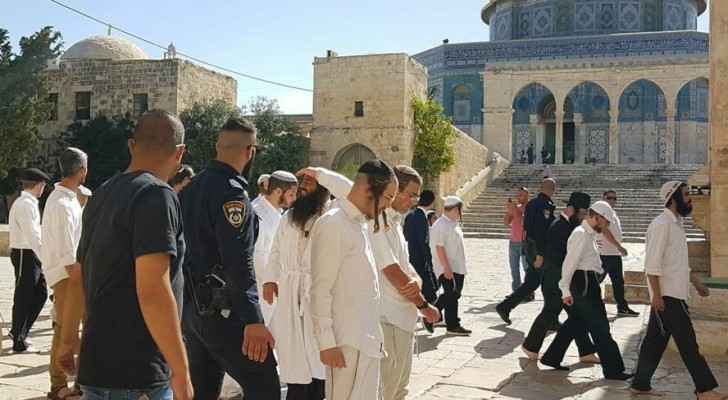 The court claimed that Jewish settlers have the right to pray anywhere in Israel, as long as they don’t disrespect or violate the rights of others.

Furthermore, the court claimed that praying at the gates of Al Aqsa Mosque is a given right to Jewish settlers, just like it is for Arabs.

The ruling judge accused Muslim worshippers of harming Jewish settlers, and said that the best way to prove that Israelis have control is to allow Jews to pray at the gates of Al Aqsa.

On his part, Chairman of the Supreme Islamic Council in Jerusalem and Grand Mufti of Jerusalem, Sheikh Ekrima Sabri, said that the occupation’s courts have no right to rule over Al Aqsa Mosque.

“Al-Aqsa Mosque is a holy site for Muslims alone and the court’s ruling is irresponsible and illegal and we will not abide by it,” he said.