The attack left one person dead and two others injured. (Twitter) 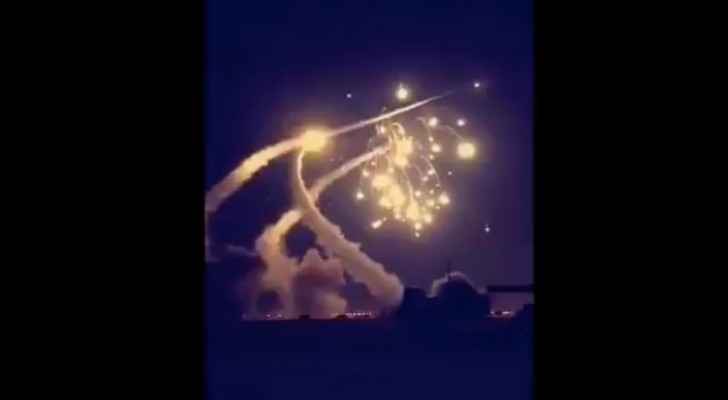 An attack on Saudi Arabia left one person dead and two others injured - all Egyptian nationals - on Sunday, the state-run Saudi Press Agency said.

Seven ballistic missiles were intercepted by the Saudi armed forces late last night. Yemen’s Houthi rebels told Al Jazeera that they fired the missiles towards the Saudi capital, Riyadh, “in retaliation for three years of air strikes that had decimated Yemen, the Arab world's poorest country.”

Locals in one of Riyadh’s residential neighbourhoods captured footage of the falling fragments from one of the intercepted missiles and shared it on social media.

In a statement released on Sunday, Muhammad al-Bukhaiti, a spokesman for the Houthis, said the rebels fired a Burkan H2 missile toward King Khalid International Airport late on Sunday.

Missiles were also fired at airports in southern Saudi, including Abha, Jizan and Najran.

Turki al-Malki, spokesman for the Saudi-led coalition in Yemen, said that "this aggressive and hostile action by the Iran-backed Houthi group proves that the Iranian regime continues to support the armed group with military capabilities."

"The firing of multiple ballistic missiles towards cities is a serious development."

Sunday marked the third anniversary of the Saudi-Houthi war, which has claimed more than 10,000 lives in Yemen since March 2015, and left about 8.4 million others facing imminent famine, according to the United Nations.