Jordanian applies for citizenship to three-year-old Republic of Liberland

Vit Jedlicka with supports holding the flag on Liberland (24sata) 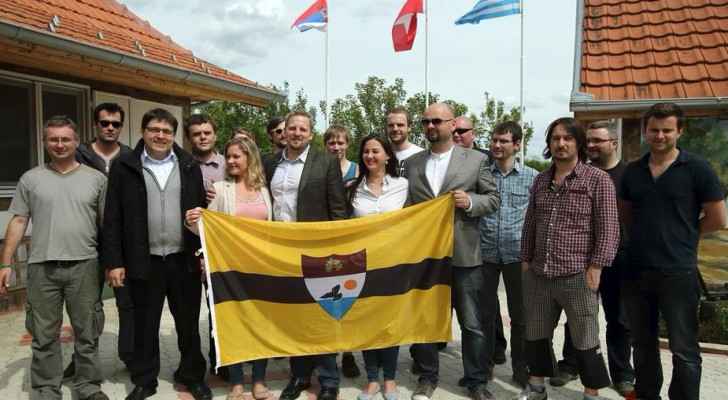 A Jordanian citizen has applied for settlement in the Free Republic of Liberland in Europe.

The citizen, identified as Motaz, said that he has been waiting for approval on his application ever since Liberland was established.

Located between Croatia and Serbia, the sovereign state was found by Vít Jedlička on 13 April, 2015.

According to the micronation’s official website, “Live and Let Live” is the motto of the third smallest sovereign state in the world, which takes up an area of just 7 km².

Motaz told Al Hurra website that living in Liberland, a tax-free haven and a place that guarantees freedoms, is worth experiencing.

Liberland is currently looking to attract the elite of the world, and it hopes that its final population count will reach up to 5,000 people, after accepting applications for naturalization.