More than 3000 women sent to Jordanian rehabilitation centres in 2016

They were held in Umm Al Lulu and the Jwaideh Centres 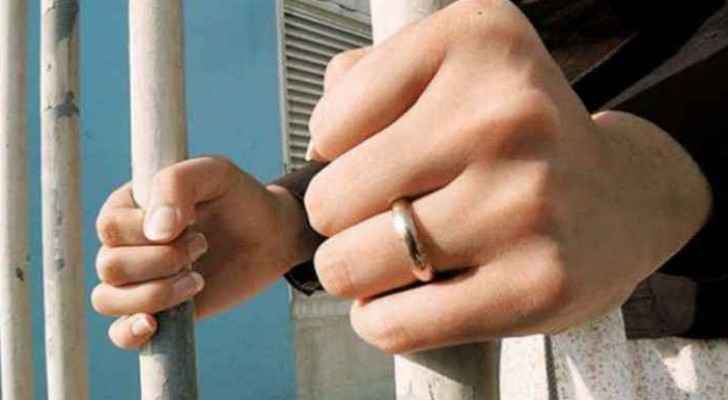 There were 3073 women sent to Umm Al Lulu and Jwaideh Correctional and Rehabilitation Centres (CRCs) in 2016, according to the Sisterhood Is Global Institute (SIGI), citing Public Security Department statistics.

According to the report 448 women had been sentenced, 904 were arrested by court ruling, and 1721 were taken into administrative detention.

During the same year the women released were as follows: 693 who were sentenced, 923 arrested by court ruling, and 2239 who were held in administrative detention.

In comparison to 2015 the number of women sent to Jordanian CRCs had decreased, especially the ones held under administrative detention, which had seen a decline by 16.1 percent, from 2052 to 1721.

SIGI called for the humane treatment of both male and female prisoners but asked for a special focus on women, as they are more vulnerable to mental and physical abuse, and referred to the UN resolution on women prisoners (the Bangkok rules).

They also urged the Department of CRCs to accommodate facilities for the detention for women, who are said to have different needs than men, especially pregnant, nursing and child-rearing women. Those women should not be put in solitary confinement, SIGI said.

SIGI also demanded a more rigorous process in assessing and recording women’s physical, psychological and sexual health before and after their admission to the centres and providing them with the needed information regarding the legal measures they can take against abusers.

SIGI also stressed on the need to replace incarceration with other forms of punishment whenever possible and on the adoption of reintegration programs that have the best interest of women, their children, and society as a whole.

Families of 'prisoners of conscience' organize protest in ....

Families of 'prisoners of conscience' organize ....

Families of 'prisoners of conscience' organize ....

Families of 'prisoners of conscience' ....