Images were taken by Roya on Monday from several parts of Jordan. 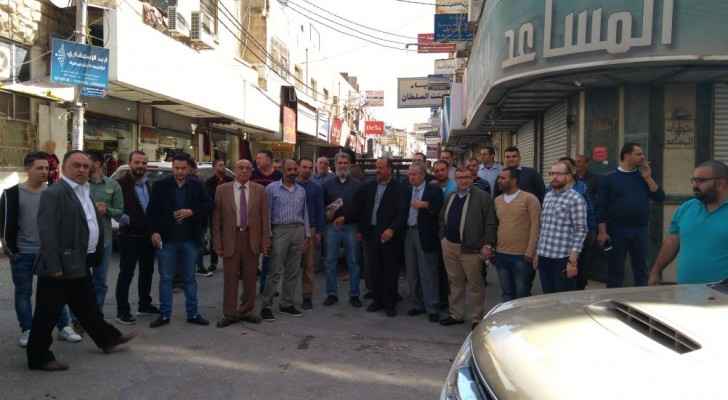 Tens of gold shop owners closed their shops on Monday morning in protest of the government decision to impose taxes on gold hallmarks, according to the secretary of the General Association for Owners of Jewelry Shops, Ribhi Allan.

The 16 percent tax was announced last week and was initially approved by the association as a mechanism that would not affect the competitiveness of the Jordanian gold sector.The tax was planned to replace the sales tax on gold where the new fees would be paid on imported gold, imported jewelry and local jewelry.

However, gold shop owners have opposed the decision.

On Sunday, gold sector representatives in Jordan held a meeting with Haydar Al Zaben, the Director of Jordan Institution for Standards and Metrology but an agreement was not reached. They are also scheduled to meet on Monday.

In a statement to Roya, Allan insisted that association members have not yet escalated their protests but would continue their strike until the government resolves the issue.

He urged the government to reverse the decision as it would negatively affect the gold sector in Jordan.