Photo of one of the explosions in Afrin 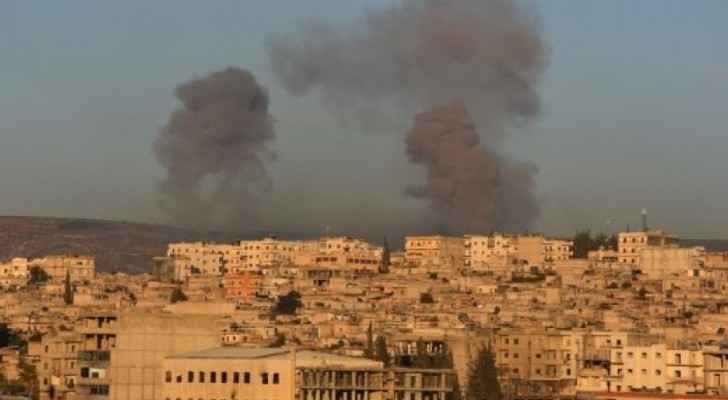 Turkish President Recep Tayyip Erdogan said on Friday that three-fourths of the Syrian city of Afrin was liberated during the Turkish military assault against the Kurds, reported Anadolu News Agency.

A spokesperson of the Kurdish forces in Afrin said that 18 people have been killed and more than 45 injured early Friday morning when Turkish forces hit the northern-Syria city.

Turkey has launched “Operation Olive Branch” against the Kurdish forces in Afrin near the Turkish borders, saying it aimed to secure the borders and defeat the “terrorist groups” in control of the city.

The Syrian Observatory for Human Rights called the operation a massacre and said on Thursday that more than 30 thousands of Syrians have fled Afrin since Wednesday and continued to flee to Aleppo due to the constant fight and the possibility of an imminent invasion.

Turkey says 41 of its soldiers were killed in Afrin's ....