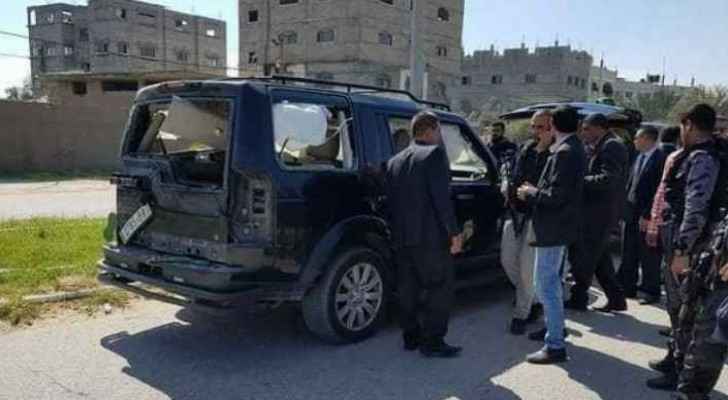 Palestinian Prime Minister, Rami Hamdallah has survived an assassination attempt that targeted his convoy while entering the Gaza strip on the northeastern borders in Beit Hanoun town, accompanied by the Head of the Palestinian General Intelligence Service, Majed Faraj.

Presidential spokesman, Nabil Abu Rudeineh condemned the attack and held Hamas responsible, describing it as an attack on the unity of Palestinians.

On the other hand, Hamas denied any involvement in the attack and denounced the accusations of the Palestinian Presidency as an attempt to distort ongoing Fatah-Hamas reconciliation talks. Hamas urged the Interior Ministry to open an investigation and bring perpetrators to justice. The Ministry has already made arrests in relation to the incident.

Hamdallah is in Gaza to inaugurate a water treatment plant that was financed by the Palestinian Authority. During his visit, he is scheduled to meet with Hamas senior officials to discuss the stalling reconciliation negotiations.

During the inauguration, Hamdallah expressed his commitment to Palestinian unity saying “They [the attackers] will not stop us from continuing the on the path of reconciliation”. He also emphasized the Palestinian Authority’s commitment to provide Gazans with essential everyday services and described Gaza as the protector of the Palestinian identity.