Netanyahu and his wife while opening the exhibit in the New York. (DailyMail) 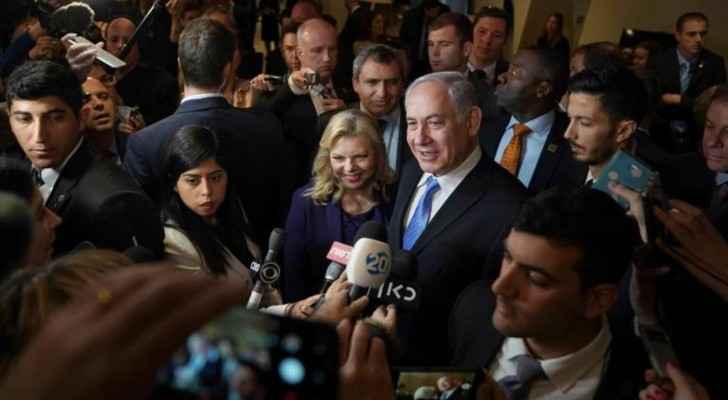 It is organized by the Israeli Mission in the UN and according to Netanyahu it “represents the truth” about the city of Jerusalem “that is being denied by those who seek to erase the history of our people”.

The exhibition includes paintings, documents and archaeological pieces trying to reinforce the claims that Jews are historically connected to the city of Jerusalem.

The UN made sure to add a disclaimer in the exhibit’s hallway stating that the content did not reflect the UN's view.

His remarks follow the UN vote to reject the US decision to recognize Jerusalem as Israel’s capital in December. The move stirred anger and frustration among Palestinians and Arabs who demanded the US revoked the decision.