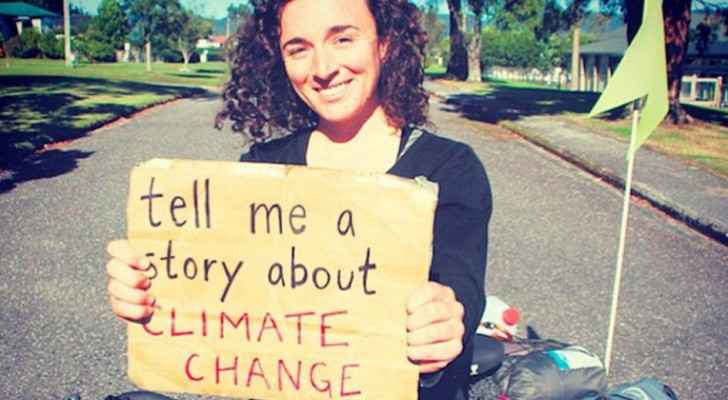 “Climate change is now affecting every country on every continent. It is disrupting national economies and affecting lives, costing people, communities and countries dearly today and even more tomorrow.” This is how the UN’s sustainable development goals introduced goal 13 which combats climate change and its impacts.

Studies show that climate change has a negative impact that disproportionately affects women. Traditional gender roles and stereotypes in developing countries dictate that women are mostly responsible for securing water and food for cooking and fulfilling their families’ needs.

In some countries women are responsible for collecting traditional fuel which can take from 2 to 20 hours per week, according to UN statistics. Climate change affects the availability of water, food and traditional fuel, forcing women to work harder and walk further in order to satisfy family needs.

As a result, women spend a lot of time fulfilling their family responsibilities, which gives them less time to engage in politics, access education, and improve their economic status. Furthermore, increases in food prices makes food inaccessible to poor people, which has lead women’s health to decline more than men during food shortages.

The study further references a 2016 article where 596 poor women were asked about the reasons for their poverty. Even though, climate change was selected by 0.3% of the women, there were other factors that took center stage in the discussion.

Among them were women being uneducated which disqualifies them for job opportunities 84.8%; An underdeveloped private sector which means fewer job opportunities 77.3%. Even the few job opportunities were seen as unsuitable 93.2%. Also 95.9% of women feel that the inflation of the prices has not accompanied a proportional raise in wages.