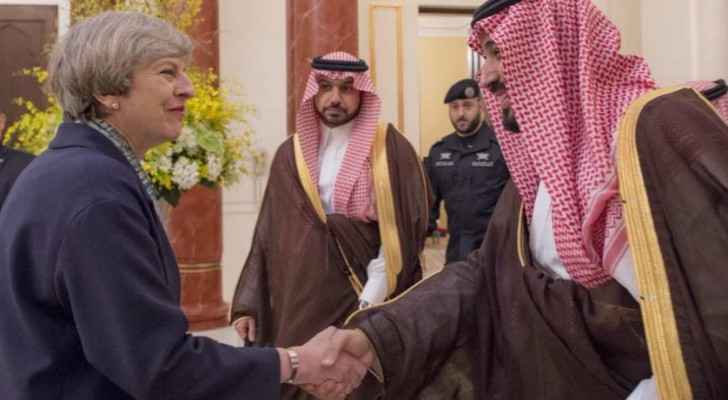 On his first official visit to the UK, Saudi Crown Prince Mohammed Bin Salman will be welcomed by demonstrators in Downing Street upon his arrival to London, Middle East Monitor (MEM) reported.

The protest denounces Saudi Arabia’s human rights abuses and the war in Yemen. A coalition of human rights organisations including Campaign Against Arms Trade (CAAT), Arab Organisation for Human Rights in the UK, Bahrain Institute for Rights & Democracy, Human Rights for Yemen, Stop the War Coalition and War on Want, organized the protest, according to MEM.

According to a press release by CAAT Media Coordinator, Andrew Smith, “it is time for Theresa May and her colleagues to end their support for for the appalling autocracy”. Smith continued to justify the protest by saying “We are protesting to send the message loudly and clearly that he is not welcome”.

According to a poll of over 2000 adults conducted by CAAT 37% of UK oppose the visit of the Crown Prince and only 21% support it. A different poll by Opinium LLP for CAAT found that 68% of adults in Britain oppose arms sales to Saudi Arabia and just 12% approve of them. The poll, which asked participants to identify which governments they thought it was acceptable to arm, also found that 41% of the UK opposes the sale of all military equipment.