Syrian refugees ride bicycles during rainy weather at the Zaatari refugee camp in the Jordanian city of Mafraq. (VOA News) 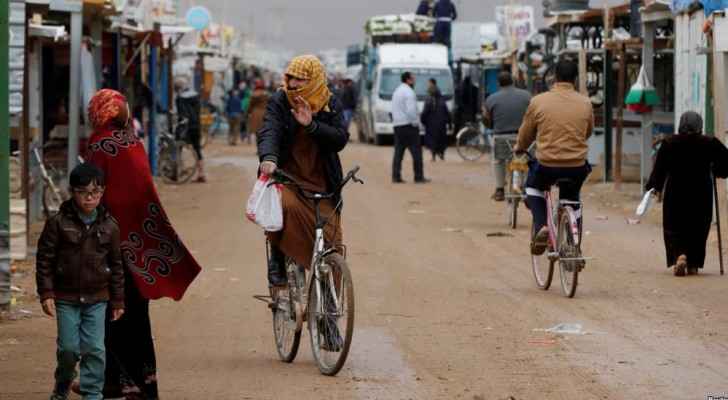 Edward Oakden, the British Ambassador in Jordan, announced this week that in 2018, the UK will be granting Jordan $250 million.

During a press conference held at the British Embassy in Amman on Thursday, Mr. Oakden explained that half of the money will go towards supporting the government in bearing the financial brunt of hosting Syrian refugees in Jordan.

The other half will go towards assisting the local communities who are hosting those refugees.

Since the beginning of the Syrian Civil War in 2011, the UK has dedicated $750 million towards helping out the refugees who have fled their homes to neighbouring Jordan.

Last year, the UK granted Jordan an extra $250 million to support the same cause.

The Duke of Cambridge will be travelling to the kingdom in a “non-political visit,” but a cultural one that aims to strengthen the historical ties between the two countries.

As for Kate Middleton, the Duchess of Cambridge, who spent a small part of her childhood in Jordan, Mr. Oakden said that she will not be accompanying her husband on his trip to the kingdom, Palestine and Israel, as he is visiting during the time when she is expected to give birth to their third child.