Saudi Crown Prince to travel to US in March

MBS held meetings with Trump during Trump's visit to Saudi Arabia in 2017. (Time.com) 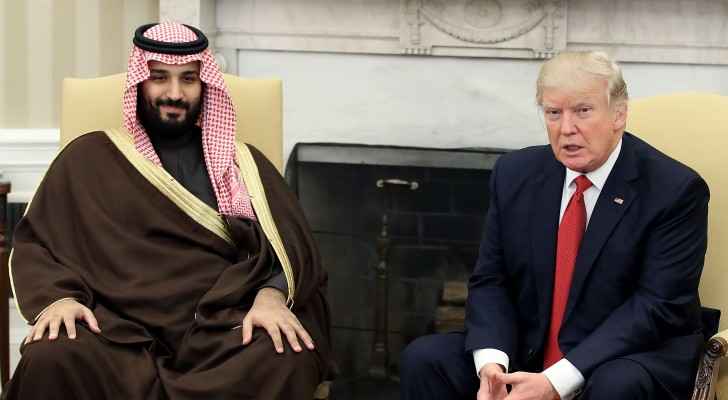 Saudi Crown Prince Mohammed bin Salman, known as MBS, is scheduled to travel to the US from March 19 until the first week of April, according to Saudi officials.

In his first visit to the US since he was named heir to the throne in 2017, MBS is expected to visit Washington, New York and Boston, officials said without disclosing the details of the trip.

The US trip will follow a visit to the UK on March 7, where MBS will hold talks with British Prime Minister, Theresa May, on several topics such as extremism and social reform. The Crown Prince is also expected to visit France in the coming few weeks.

In May 2017, US President Donald Trump visited Saudi Arabia in his first foreign trip since taking office in January 2017. Trump held several meetings with Saudi King, Salman bin Abdulaziz and other Saudi officials including the Crown Prince.

During the visit, Trump signed the largest arms deal in world history with Saudi Arabia. The $350 billion deal included the purchase of tanks, combat ships missile defence systems, as well as radar, communications and cybersecurity technology.

The powerful Saudi prince has stirred controversy with his anti-corruption crackdowns as exemplified in the arrest of several Saudi public figures and businessmen since he was elevated to Crown Prince in the summer of 2017.

The 32-year-old Saudi prince’s purchases have raised eyebrows in light of his anticorruption campaign. It was released that he was the buyer of a newly-built chateau in France dubbed “the most expensive house in the world”. He has a history of expensive acquisitions such as a 440-foot yacht from a Russian vodka tycoon in 2015 for $500 million.