More than 600 people were killed and thousands injured during the last ten days in Eastern Ghouta. (GettyImage) 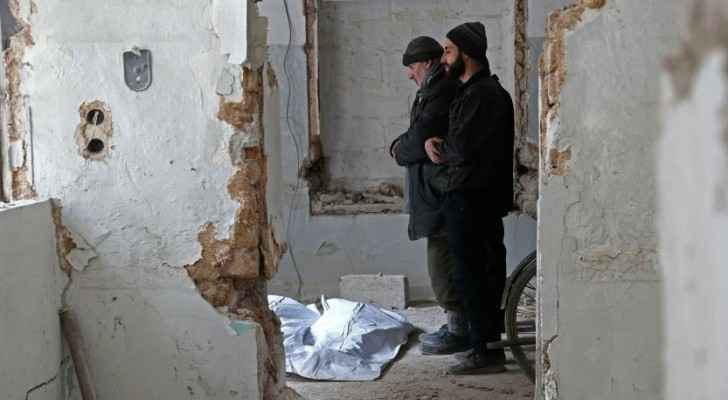 The Russian President, Vladimir Putin, held what he called "extremist forces" responsible for breaking the daily five-hour “humanitarian pause” ordered by Russia in the besieged area Eastern Ghouta on Monday to allow civilians to evacuate the area and humanitarian aid to enter.

During a press conference in Moscow, Putin said that "extremist forces" and representatives of "terrorist organizations" had prevented civilians from leaving despite reaching an agreement with “the Syrian partners”.

"We offered to organize a humanitarian corridor to get children, wounded, all those who need help out of the region ... If we all join our efforts to stabilize the situation in the country in general and in Eastern Ghouta, we are bound for success," he said.

Meanwhile, Damascus has accused what it called “terrorist groups” of shelling the corridor to prevent people from leaving during the five-hour “humanitarian pause”.

On the other hand, the US and the United Nations have accused the Assad regime and its long-time ally, Russia, of carrying out the indiscriminate bombardment in Eastern Ghouta.

Despite the five-hour pause, Syrian government forces shelled the besieged Damascus suburb on Wednesday according to the UK-based Syrian Observatory for Human Rights (SOHR).

“Shelling is hitting Harasta, Douma, Arbin, Kafr Batna, Beit Sawa, and a White Helmet volunteer was killed in Utaya,” a spokesman for the White Helmets in Eastern Ghouta said.

By March 1, 2018, more than 600 people were killed and thousands injured during the last ten days in Eastern Ghouta after the Assad regime and its allies launched a brutal attack to retake the last remaining opposition-held enclave, according to the White Helmets.