The body of one believed migrant arrives at Soran hospital. (Rudaw TV) 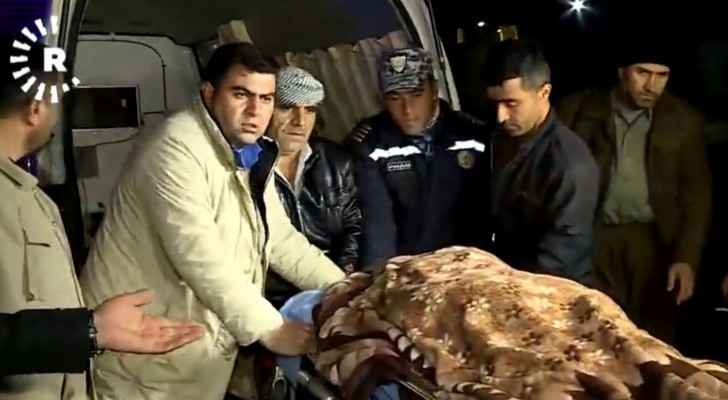 A mother, father and their three children were found frozen dead on Wednesday morning while trying to cross from the region of Iraqi Kurdistan to Turkey illegally, according to the Kurdish news network, Rudaw.

The five-member family was found on the Kurdistan side of the border. Military forces and locals had helped recover their bodies, according to a spokesperson for Soran police, a Kurdish district in northern Iraq.

They had been stranded and unable to cross the border near the Mergasor river at the border between the Kurdish region and Turkey when the Mawan River swelled due to recent rains.

“They do not have any IDs or documents to know where they are from, but according to the information obtained by us they are Arabs, but we are not sure if they are Syrian Arabs or Iraqi”, the police spokesman said.

Officials said the dead family was part of a nine-member group. The other four people were caught trying to flee through borders. One of them was a child who did not survive.

Police sources said one of the survivors said they are from Fallujah and have come through Sulaymaniyah, Erbil, and Khalifan. They were reportedly trying to reach Europe, according to Rudaw news.

Iraqi migrants represented approximately 10% of the entire migrant population moving to Europe during 2015, according to statistics of the International Organization for Migration (IOM). Iraqi migrants flee mainly through the eastern Mediterranean route where Turkey currently hosts around 140,000 Iraqi refugees.

While many of the reasons for leaving Iraq are not new, the recent deterioration in the security situation and the worsening economic crisis plays a key role in the growing number of migrants from Iraq to Europe.