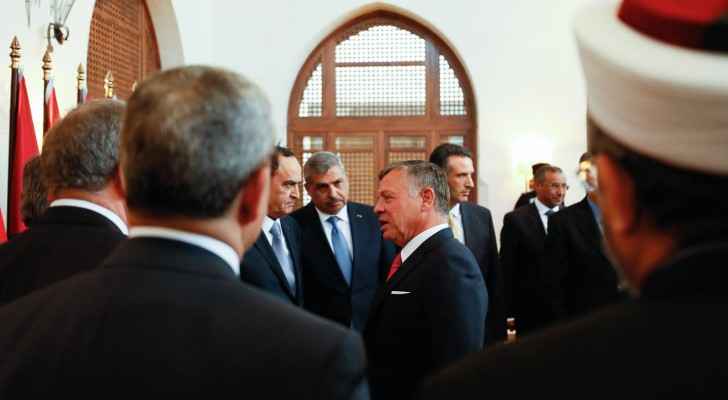 A Royal Decree was issued on Sunday approving a government reshuffle, the Royal Hashemite Court (RHC) announced in a statement.

This is the sixth reshuffle of the Mulki government since it was formed in May 2016. Here are the eight ministers who tendered their resignations to Prime Minister Hani Mulki during a session held on Sunday:
1. Minister of Prime Ministry Affairs: Mamdouh Al Abbadi
2. Minister of Water and Irrigation: Hazem Nasser
3. Interior Minister: Ghaleb Al Zubi
4. Minister of Labor: Ali al-Ghazzawi
5. Minister of Environment: Yaseen Khayyat
6. Minister of Awqaf Islamic Affairs and Holy Places: Wael Arabiyat
7. Minister of Legal Affairs: Bisher Khasawneh
8. Minister of Youth: Hadithah Khreisha

Last week Mulki government survived a Lower House vote of no confidence that was filed by several MPs on Feb. 4.
The vote was requested for several reasons, including the government lack of vision in addressing current challenges and imposing higher taxes on citizens.

Even though Mulki dodged the vote of no-confidence trust has markedly decreased. When his government was given the vote of confidence 15 months ago, only 15 MPs voted against. This time, more than three times the number showed lack of confidence in the government’s ability to implement reform.