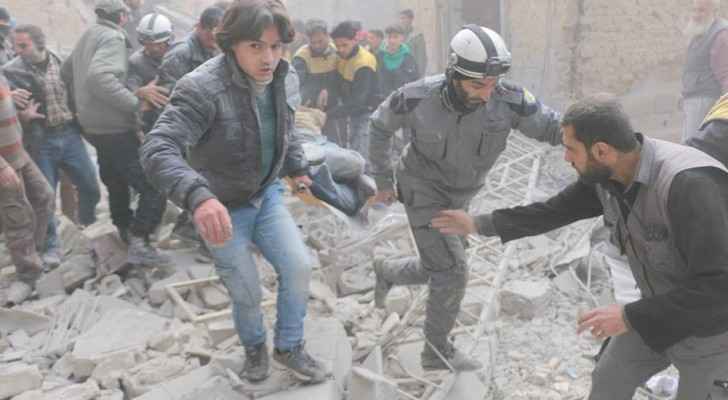 The United Nations Children's Fund (UNICEF) issued a blank statement on Tuesday to condemn the latest brutal attacks targeting Eastern Ghouta as the UN “no longer have words to describe the humanitarian situation there”.

UNICEF said in the statement: “No words will do justice to the children killed, their mothers, their fathers and their loved ones” followed by a blank page.

In the footnote UNICEF reiterated that they were out of words to describe the tragedy and rhetorically asked whether those inflicting the suffering had words to justify it.

The statement condemns the latest attacks launched by Assad regime forces and Russian warplanes on the opposition-held Eastern Ghouta outside Damascus.

Escalations in Eastern Ghouta began on Monday after Assad forces decided to intensify the offensive in an attempt to retake the last remaining opposition-held enclave near the capital Damascus.

The United Nations have also called on for an immediate ceasefire in the area, saying the situation was “spiralling out of control” after an “extreme escalation in hostilities”.

Additionally, the UN Regional Humanitarian Coordinator for the Syria Crisis, Panos Moumtzis, has issued a statement on the humanitarian situation in Eastern Ghouta describing it as "beyond imagination". He warned that such attacks might lead to war crimes.

“The untold suffering is intolerable and residents have no idea whether they will live or die. This nightmare in East Ghouta must end and must end now”, he said.