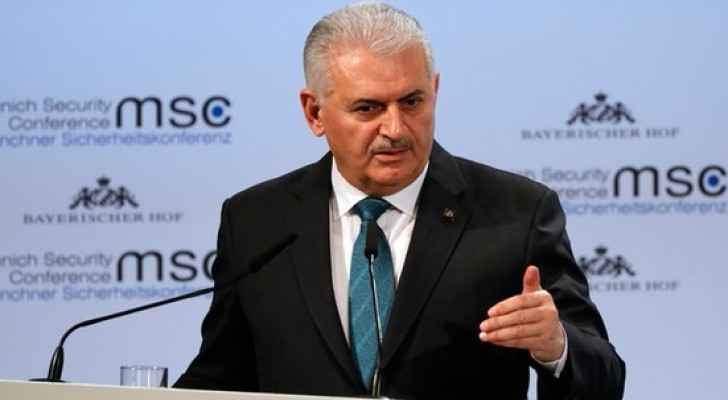 Turkish Prime Minister Binali Yıldırım said on Saturday that Turkey is ensuring Europe’s security by curbing the flow of foreign fighters and terrorist groups fighting in Syria, according to the Turkish newspaper of Daily Sabah.

"So far 5,800 foreign fighters have been sent back from our borders, we did not let them in," Yıldırım said at the Munich Security Conference, adding that most of these fighters were residents of European countries.

"We also banned 56,300 potential foreign fighters affiliated with ISIS from traveling to Turkey," he said, highlighting that this can obviously cut security risks for Europe.

The Islamic State has been carrying out terrorist attacks in Turkey and many European cities. The attacks were mainly conducted by foreign fighters who have been to Syria and Iraq and have returned to their home countries.

Yıldırım said "Around 10,000 ISIS members are currently under arrest in Turkey” as a result of the operation Turkey carried out in northern Syria last March. He also emphasized the role Turkey played in eliminating the threat ISIS poses.