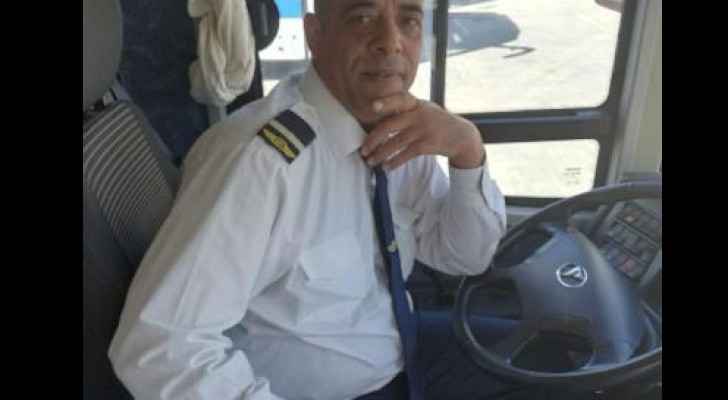 King Abdullah II has expressed his strong displeasure in regards to the behavior of the Royal Hashemite Court (RHC) advisor Essam Al-Rawabdeh, said the head of the RHC Fayez Altarawneh.

The king had personally followed up on on the issue during two phone calls and ordered Rawabdeh to apologize to the bus driver who was falsely targeted by the advisor.

The head of JETT bus was also invited to the RHC where it was agreed that the matter should be resolved amicably.

A royal decree has been issued on Wednesday approving the resignation of the RHC advisor as of 15 February 2018.

Here is a summary based on a video of Khalid Bani Sakhr recounting the incident:

On Saturday 10 February 2018 Bani Sakhr was performing his duties by driving passengers on the 6:30pm bus leaving from Amman to Irbid. On the road a car driving at high speed tried to overtake him without following road safety regulations, which resulted in a verbal argument.

The car driver presented himself as the advisor in the RHC and called the head of Public Security Directorate saying that he had encountered a reckless JETT bus driver and proceeded to give the bus number. During that time the driver called 991 and also gave account of the situation.

After the bus drove next to Philadelphia University he was pulled over by a police patrol car that had blocked the road. He was asked “What have you done?” by the Captain and First Lieutenant as he was wanted by the head of Public Security Directorate himself. They asked him to call his company so another bus can drive the passengers to Irbid as he will be taken to the police center.

The bus driver explained he hadn’t behaved inappropriately and was defended by the passengers of the bus. He insisted to take them to Irbid himself. The captain held onto the driver’s license and agreed to let him drive to Irbid under the provision he drove back to Balila police station immediately after.

Bani Sakhr arrived in Irbid at 9:20pm, which is around an hour and a half after the expected time. He informed the company of the incident and drove back to Balila police station. His company was unable to assist him that evening.

In the police station he was given a JD 500 fine for reckless driving and transferred to north Jarash station where the bus was held and he was sent home.

The following day, after reviewing GPS records of the bus that showed that Bani Sakhr had not been speeding the head of JETT bus offered his support. After he went to the police station the fine was removed and the vehicle returned.

Bani Sakhr was not given any explanation about the details of the meeting but he was told he was not at fault and received a thank you letter from JETT management for his work during the past year of his employment.

Expert speaks about new treatment that is 70 percent ....

Expert speaks about new treatment that is 70 ....

Expert speaks about new treatment that is 70 ....

Expert speaks about new treatment that ....