Taxis lined up outside the Zarqa Municipality in protest of ride-hailing apps. (Roya) 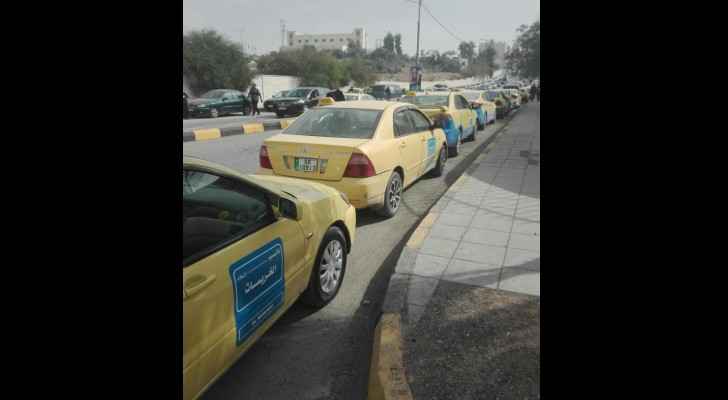 The distressed cab owners said in a letter to the Mayor of Zarqa that this decision “will have a negative impact on the public transportation system in Jordan, and will completely destroy it.”

The letter also noted that the owners have to pay for taxes, licensing fees, as well as extra payments to operate their services. In addition, they complained that they are already “struggling to pay off the bank loans we had taken out to buy our taxis with.” Since ride-hailing apps began to illegally operate in Jordan, taxi drivers have complained about the losses they have suffered as a result of their competition.

Last month, the LTRC officially began the licensing process of ride-hailing firms in the country, and published a list of the conditions the firms and their drivers would have to comply with to be licensed.

7 Things you need to know about Jordan’s new yellow taxi ....