The Israeli F-16 jet wreckage after it was brought down by Syrian fire. (Facebook) 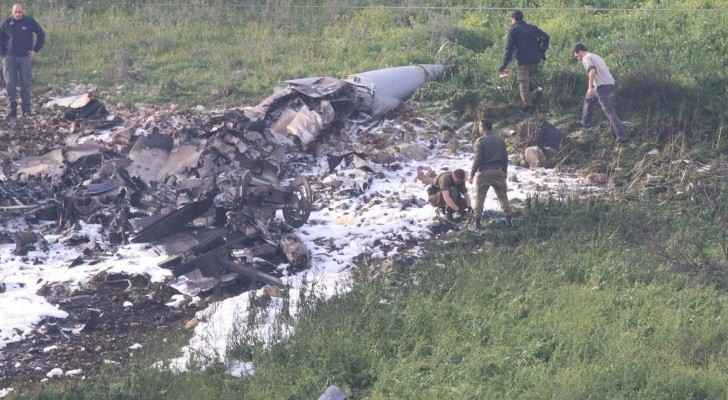 An Israeli F-16 fighter jet was shot down by Syrian military on Saturday while targeting what it called “Iranian sites responsible for launching a drone into occupied Golan Heights,” reported Al Jazeera.

“A combat helicopter successfully intercepted an Iranian UAV that was launched from Syria and infiltrated Israel,” the Israeli military said on Saturday.

“In the past, the Israelis carried out attacks inside Syria but they would not mention anything about the target or even acknowledge attacks,” Al Jazeera’s Zena Khodr, reporting from Lebanon, said.

A Syrian military official said on Saturday that the Syrian army was targeted by Israeli “aggression” in the central region of the country, according to Syria state television.

The official added that Syria shot down more than one Israeli fighter jet after there were casualties among Syrian forces.

"This is a serious Iranian attack on Israeli territory. Iran is dragging the region into an adventure in which it doesn't know how it will end," he said in a statement.

"Whoever is responsible for this incident is the one who will pay the price."