The plane wreckage claimed to belong to Israel. (Roya) 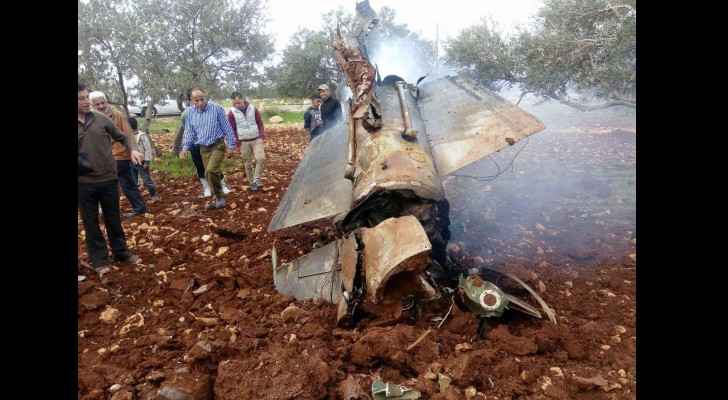 Jordanian social media users on Saturday circulated the photos of what they claim is the wreckage of an Israeli plane that has crashed in Malka, Irbid, north of Jordan.

A security source said that a competent authority is handling the wreckage, adding that no injuries have been reported.

The israeli military had announced earlier today that one of their planes had crashed north of the West Bank after shelling targets on Syrian territory.

Roya's Irbid reporter was present at the scene of the wreckage and took this close-up video of the burning plane.

This is an ongoing story. More details to follow.