Police catch the perpetrators of the Zarqa post office robbery

Two of the men who were involved in the robbery. (Roya) 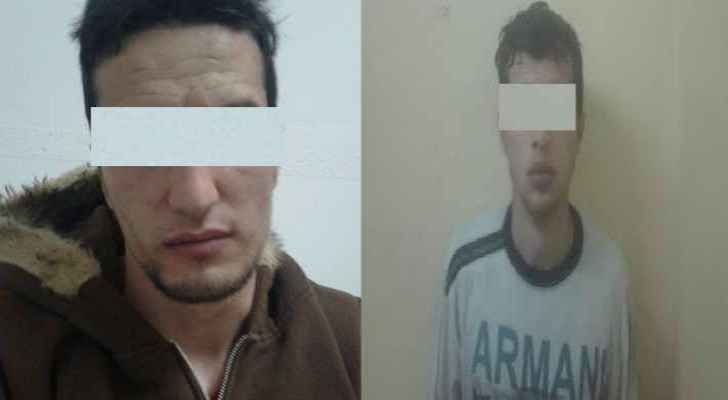 The Criminal Investigation Department has uncovered the details of Wednesday’s robbery on a post office in al-Dulail area in the Zarqa Governorate.

A security source said that the three perpetrators, one of them an employee in the post office, have been caught and all the stolen money has been retrieved by police in Zarqa.

The same course revealed that police in Zarqa received a phone call on Wednesday morning about a man dressed in women’s clothes and carrying a gun, who entered a post office in al-Dulail and fled with 22,321 JOD. The money that was stolen from the post office on Wednesday. (Roya)

A getaway car had been waiting for the culprit outside.

The post office employee admitted to his offence during his first interrogation. He said that another man and a woman were also involved in the robbery.

The investigation is ongoing.