The Societe Generale Bank after fleeing the bank with the money. (Roya) 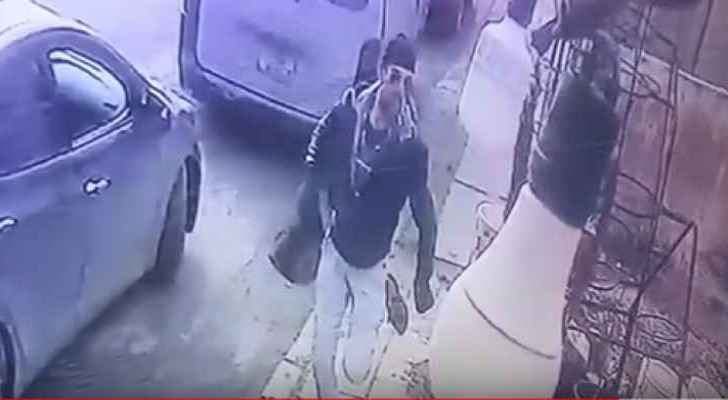 Police in Amman are still searching for the man who robbed Societe Generale Bank at gunpoint in Al Wehdat area last month.

A security source told Roya that police and a criminal investigation unit are “doing everything in their power to catch the culprit so that he receives the punishment he deserves.”

CCTV footage of the robbery emerged on the same day of the incident, which showed the masked robber threatening the bank tellers with a gun while they frantically put wads of cash in a bag for him.

Nadeem Qabwat, the General Manager of Societe Generale Bank in Jordan, said at the time that the sum of money stolen did not exceed 76,000 JOD.

Just two days before Societe Generale Bank was robbed, police caught another man who robbed Etihad Bank in Abdoun at gunpoint, and retrieved the 98,000 JOD he had fled with.

Shortly after these incidents, several stores across Jordan were robbed under the threat of a weapon.

On Saturday, a pharmacy and two supermarket in Amman were robbed at gunpoint and knifepoint.

The Public Security Directorate (PSD) released a statement on Sunday to announce that the three masked men who robbed the stores were caught and brought to justice.